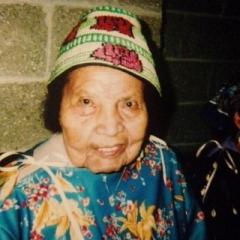 Atwi Ruth Howard was born December 28, 1927, and grew up in White Swan Washington. She was raised to honor the foods and the land. Growing up she became a cultural teacher for the Yakama Nation Headstart. She dedicated her life to the Yakama Nation language and the way of life while teaching toddlers the history and language.  She advocated that children are the utmost important because they are all going to be our future leaders.

She stated “It’s like medicine to the people” (Mayer, 2012), when she was referring to the gathering of the traditional foods which was what she enjoyed and understood to be Yakama people’s brothers and sisters.  All of her life she spent teaching children and the community and has dedicated herself to the traditions, foods and language.

Ruth Howard is featured in the following: